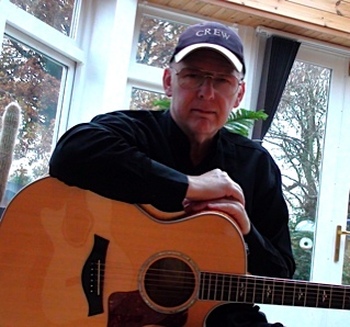 Stop Press
'10 Best Classical Tracks' has been selling fast after Anton du Beke and Emma Barton danced to Gymnopédie by Eric Satie on Strictly Come Dancing. This is featured in the book and played on the album. Both available to buy on the website.

Chaz has taught guitar for 35 years, and as many of his students will comment: "Still haven't taught me anything", but two of them have the highest passes at the Registry of Guitar Tutors Grade 8 electric guitar exams being 96% and 97% so as Chaz says: "I must be doing something right"

Chaz has recorded 5 albums, written 14 books, helped compile the first two editions of the London College of Music and Media Classical Guitar exams, Composed a concerto for Guitar and Orchestra and a Seascape Suite (three of his pieces are featured in the LCM classical and RGT acoustic guitar exams), played on and composed numerous TV and Radio themes, and was a senior examiner for the Registry of Guitar Tutors and London College of Music and Media in both Electric and Classical Guitar. His latest book: 'In the Zone' is available on kindle and is for all musicians and singers who need help in fine tuning their concentration skills.
If you looking for sound advice for an upcoming event check out Zoe Hart, Your sound lady